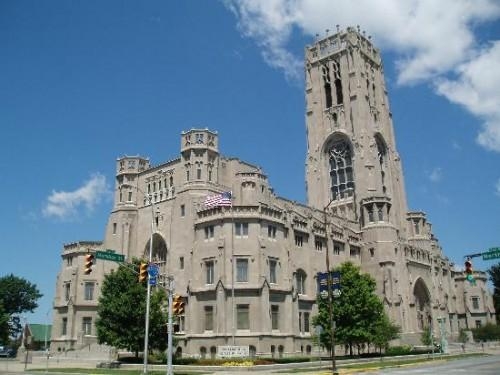 The largest independent city in the United States is Baltimore. It is located in central Maryland along the tidal portion of the Patapsco River. US also has a Baltiomore County so Baltimore is sometimes called as Baltimore City in order to distinguish it from the same. Its history dates back to 1729. Baltimore is the largest U.S. seaport in the Mid-Atlantic. The Forbes 2010 has ranked Baltimore city as number 3 as a shopper’s best place. About 1-2% of the population is South Asian. The city takes the credit of producing some of the famous persons of the world
Desi attractions
The bazaars provides good  collection of grocery items for the South Asians’ needs. The wide collection of spices are an attraction to its desi visitors. The presentation is very desi so much that it gives you the feel of the hometown in a foreign place. One can also get the desi taste of food in several restaurants across the city. The shops have collections ranging from the antique to the latest.
General attractions
The place is a suitable choice for family vacations and those romantic couples. There is  the museum which is a children’s favorite place where they get closer to their cartoon characters. The aquarium, zoo and science centre are worth visiting.   The museum displays the creation of self-trained artists in six galleries.  The historical sites and monuments are a tribute to those who played part in the history of the city. Those who wish to explore America’s maritime heritage, Baltimore is the place to be. Baltimore certainly provides lifetime memories to its visitors. No wonder Baltimore is called "The Greatest City in America" due to its wide-explorable atmosphere. The culinary skill of Baltimore is praiseworthy with chefs offering a range of foods from across cuisines spread all over the world. While seafood is diverse, other cuisines find considerable effort put in here. Crab cakes are a hit here. The shops are loaded with local and imported items offering a range and balanced mix of both local and foreign products. The city hosts several shows, exhibitions and activities which are worth seeing and exploring. One cannot afford to miss on the art galleries, museums and libraries if there is any craving for the same. The rich collection is a sure to be seen and surveyed by those art lovers all over the world. As one moves around the city, its past and present is displayed so elaborately that he/she tends to be a part of the same culture. Since it is a shopper’s delight, you do not tend to find only serious stuff all over. There is a blend of past and present which the city offers.
Traveling around
Baltimore is connected by plane, train and the highway as well with the outside areas. Traveling within the city is pretty easy. Visitors can locate many hotels, attractions, nightlife and related places within comfortable walking distances. Transport is not a problem in the city as it is well commutable. Traversing the city with water is a good idea and the city offers water taxis for this.