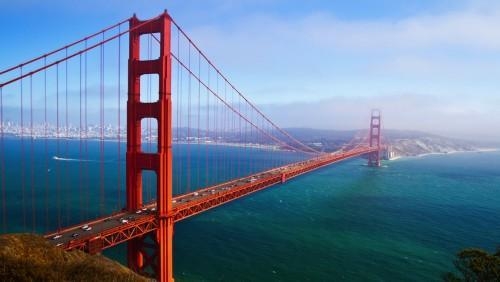 San Francisco is the 13th largest city of the US and the population being near 900,000 in the year 2010. The population according to 2009 census comprise of about 31.2% of South Asians especially in the San Francisco bay area, which is quite a visible minority. Also the business firm ownership is on the rise with 21.4 % being owned and run by the local Desis. it is very important as a financial and a cultural point of contact in the world.
The gold rush of California brought a number of immigrants to san Francisco including many South Asians. The military built forts like Golden Gate and Alcatraz Island for the security of the place as the norm-lessness rose with the arriving people. The banks got a good momentum and expanded their business here and are still known for them as the 1929 depression in the world market didn’t affect any San Francisco banks.  Hills, parks, lakes and beaches are the natural tourists’ points.

ATTRACTIONS IN SAN FRANSISCO FOR DESIS

There are a number of awesome places to visit if you are a South Asian tourist. The San Francisco bridge is a major sightseeing place also known as the Golden Gate bridge which is a suspension bridge and known as the architectural wonder for many. The mix of Victorian and contemporary architecture is a sight for your eyes. The china town would serve your Desi taste buds to the fullest. The cable cars give you a unique out of the world experience.

The National Park System and Golden Gate National Recreation Area attracts more that 1.3 million tourists every year of which a huge number of them are the South Asian tourists. The park and the beaches are a must visit for the local every weekend and it is the same for tourists. The ocean beach, baker beach and Crissy field are important places to visit. San Francisco Maritime National Historical Park and Aquatic Park are a major attraction among the tourists as they exhibit a fleet of historic ships. Some museums, which should be on your list are Museum of modern Art and Fine Arts Museum. The San Francisco Opera and ballet are for those who have interest towards arts and music. The Golden gate Park is the most famous of all parks and San Francisco Botanical Gardens cannot by missed by anyone.
With the boom in the Information technology sector the city of San Francisco hosts a number of events for the entertainment of their employees where a number of Desis work as well. The cafes and restaurants serve to one and all of every ethnic race including the South Asians.  The city invites crews from many South Asian production houses of films and thus has gained momentum on popularity from them. The students have increased specially from the South Asian community because of the rising demand in biotechnology and information technology. These students also lead to increase in tourism. The sea port is the busiest in the world and must be visited by every South Asian.