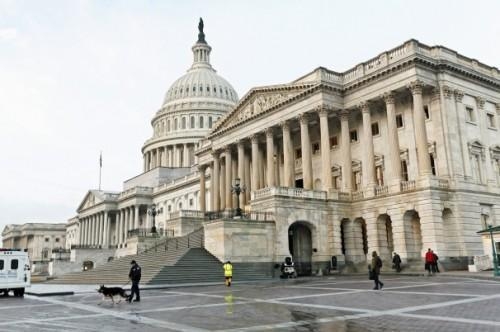 South Asians account for 3.5% of the total population of about 601,723, ranking them the 5th largest, with the majority being Chinese and Indian. in Washington D.C. Also called‘The District,’ it was founded in July 16, 1790 to serve as the USA’s permanent capital, and does not belong to any state. The district has a total area of 177 square KM of which 159 square KM constitutes land, and the rest is occupied by water. The District has 3 major natural flowing streams, the Potomac River and its tributaries the Anacostia River and Rock Creek. Another tributary Tiber Creek is now fully enclosed and now runs underground.

Washington being the seat of politics, most of the people living there are occupied with the federal government and associated businesses like law firms, defense / civilian contractors, non-profit organizations, lobbying firms, trade unions and industry trade groups, etc. The city rates the second lowest in unemployment.

The South Asian community has grown significantly in Washington D.C. with temples, gurudwaras, movie theaters for South Asian movies and an Indian school cropping up in and around the area and increasing the desiness of the city.

The center of the city and the main tourist attraction is Downtown with malls, club houses, and music stores. The West is the wealthy part of the town and the East boasts of the Capitol Building and Library of Congress. All are major tourist hubs.

A climb up the 315 foot clock tower, at Old Post office pavilion is a must for an aerial view of the city. The Massachusetts Avenue hosts most of the embassies around the world, and the architecture is awe-inspiring. National Zoo at Rock Creek Park, is one of the world's greatest zoos, with a collection of 400 species, 2,000 animals. The Roosevelt Island is a pleasant natural park of woods and swamp, housing the Teddy Roosevelt Memorial. Several unusual museums like Phillips Collection, the Textile Museum, and the Woodrow Wilson House, are also a must visit. They are common desi hangouts during the weekend.

The US Independence Day on July 4th is celebrated with fireworks over the Potomac River, a parade and a huge orchestral concert. A huge section of South Asians, both tourists and locals, participate in it.

Restaurants in Washington serve a wide variety of food with the popular cuisine being Ethiopian, Salvadoran, Chinese, Indian etc.Most of the commuters in Washington use the public transport - the Metrorail, which is the second busiest transit system after the New York City subway. It is recommended to tour around the city walking, as most of the city’s attractions are located adjacent to one another, and driving around is either impossible or impractical. Another option is to avail a bike on rent from any of the 100 stations in the city.