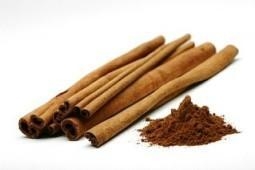 Antioxidants boost the immune system and can help prevent cancer, heart disease and many other forms of major illness. They also slow down the effects of aging and can fend off conditions like Alzheimer's.

All foods contain antioxidants but some have more than others. In 2004 and 2007, scientists released two major reports publishing the amount of antioxidants or Oxygen Radical Absorbency Capacity (ORAC) levels contained in 277 foods.

Below are top foods containing antioxidants named in the June 2004 Journal of Agriculture and Food Chemistry and the 2007 report, Oxygen Radical Absorbence Capacity of Selected Foods, published by the U.S. Department of Agriculture.

Top Fruits for Antioxidants
Table Shows the fruit and ORAC value per serving, if eaten raw

Eating these fruits fresh is the preferred (and most tasty) way of getting your antioxidants. However, when fruits are out of season, dried blueberries and cherries are fine.

Beans are the top vegetables if measured by antioxidant content.

Some of these foods containing antioxidants are also useful for reducing cholesterol levels, such as blueberries and beans.


Other Top Foods with Antioxidants
If you're a chocolate lover, here's news you'll like. Chocolate is rated extremely high on the ORAC scale. Dark chocolate is the most healthful chocolate choice as it has almost three times as many antioxidants as milk chocolate.

Spices
Spices also get sky high ORAC values but we usually don't consume large quantities of these. See if your favorite spice has a high ORAC rating.

Beverages with Antioxidants
Along with foods containing antioxidants, the 2007 USDA report lists ORAC values of some beverages and their antioxidant content. Red wine tops the list, followed by Condord grape and pomegranate juice. See the findings below: